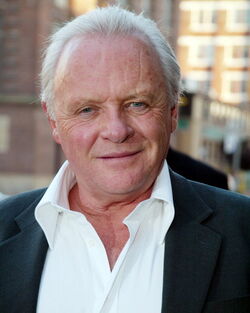 Anthony Hopkins is a Welsh actor who got his break in the 1968 film in The Lion in Winter with the role Richard I. Hopkins is most known for his portrayal of Hannibal Lecter in The Silence of the Lambs franchise, and other notable films include The Elephant Man, Bram Stoker's Dracula, Legends of the Fall, Thor, Nixon, The World's Fastest Indian, and more.

Retrieved from "https://westworld.fandom.com/wiki/Anthony_Hopkins?oldid=4109"
Community content is available under CC-BY-SA unless otherwise noted.