This page organises all minor characters from season three of Westworld where little or no information exists. 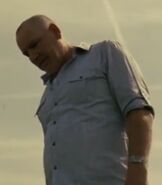 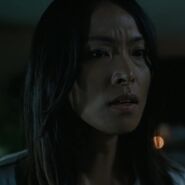 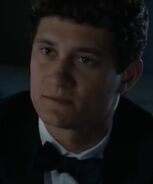 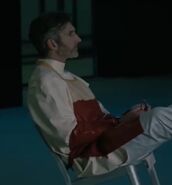 "The Absence of Field"[edit | edit source] 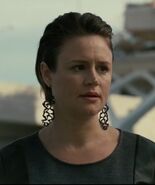 Nadine Lewington as Irene Gerhart. Irene informs Hale that someone has been buying up stock in the company over numerous years. Hale tasks Irene with finding out who is purchasing the stock in the company. Later, Irene tells Hale that Engerraund Serac is behind the hostile takeover, and when Hale asks what she knows about Serac, Irene says that his existence has been scrubbed from the web. She also adds that Delos sold Serac a portion of their data over two decades ago.

"The Mother of Exiles"[edit | edit source] 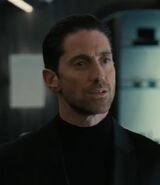 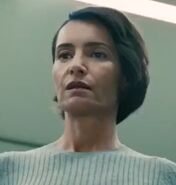 Louis Ferreira as Alpert. When the Man in Black is strapped into a chair in the room for the AR therapy, Dr. Alpert enters, saying that he will be overseeing his treatment. He fits AR glasses to William and after William panics, Alpert orders him to be sedated

Bahia Haifi Gold as Dr. Greene. Following the incident involving Caleb, Francis and Whitman, Greene was resonsible to wipe the mind of Caleb as she was working for the reeducation center in Sonora, Mexico.. Caleb had killed killed Francis and Whitman on the behalf of Incite Inc, but it was repurposed as a military assignment in Russia.

Iddo Goldberg as Sebastian
Retrieved from "https://westworld.fandom.com/wiki/Minor_Characters?oldid=39158"
Community content is available under CC-BY-SA unless otherwise noted.