In Jakarta, Musashi learns from Charlotte that the original Dolores is letting her copies die, Hale, however, has a new plan. Hale reveals that she leaked his location to someone eager to catch up with him: Maeve. Clementine and Hanaryo — newly printed hosts working with Maeve — attack and kill his men and then Musashi humself, despite being in a densely packed restaurant.

Dolores and Caleb head to a facility in Mexico to look for Solomon — the first-working-version of Serac's AI developed before Rehoboam. Dolores reveals that Westworld was modelled after Mexico, and that she just wants a place for her kind. En route, Caleb recounts his military mission to Crimea in which he was tasked to deal with a rebel group using satteltite based missile systems that are able to target individuals who've been marked with a tracker, but they then found themselves target of the same systems - wiping out all but himself and Francis. They captured the resistance leader, and waited for evacuation, but none came at the appointed time, and Francis was killed.

In the facility where they rescued William, Bernard looks through the files in order to better understand what Serac has been doing. William is surprised to find out that Stubbs is a host, but even more surprised when he learns that Serac successfully stole his company. Bernard reveals that Hale injected William with a virus that allowed her to infiltrate his system and find the facility. William’s file states that he is already dead.

Bernard realises that William is one of the "outliers", on who re-conditioning did not work. He — and thousands of others — are now classified as missing or declared dead. Bernard realises that for Serac to reprogram humans (as Delos did Hosts), they would need high-grade biometric data. William reveals that he sold Serac the data in exchange for the capital he needed to keep the parks functioning.

Bernard and Ashley Stubbs discover similar information about Caleb being one of the few to survive reconditioning. As they leave the facility, William reveals he has come to find a new purpose - to rid the world of the hosts, though Bernard believes that they will still need him. As they look for transportation, Ashley asks Bernard what the role of Caleb in Dolores' plan is. Bernard aswers that Dolores was created with "poetic sensibility" and, because of that, she cannot destroy the humanity herself and needs to use Caleb to do it.

William finds a gun and prepares to kill Bernard and Ashley.

After clearing the minimal guards at the facility, Caleb recognizes he has been at Serac's re-education facility before. Dolores pleads with Solomon for its help to break Serac's system, during which Solomon reveals Caleb was one of the first to be reconditioned by Serac — and that only a few could be successfully conditioned — the rest are put into stasis. Inside an adjacent building, Dolores and Caleb find a large warehouse and are greeted by a pre-recorded message from Serac. In the message, Serac welcomes Jean Mi back, saying that his flaws have been ironed out. They see that Serac has a warehouse full of thousands of people in stasis waiting for the time when they can be awakened. Dolores draws similarities between Serac’s facility and Delos’ Cold Storage facility. Solomon remarks that the stasis is the best case scenario, despite Caleb’s objections.

Solomon also reveals that both Caleb and Francis were actually agents serving Serac's system and were used to round up those outliers, using the RICO app to arrange that and drugs to make Caleb and Francis think that they were still serving in the military. Flashbacks show Caleb's capture of the resistance leader was really Whitman, the CEO of the pharmaceutical company that provided those drugs — and now an outlier for asking too many questions.

Just as Caleb comes to this realization, Maeve arrives at the facility. Dolores implores Solomon to change the story for the world to one that Jean Mi had envisioned fifteen years ago before Serac had put him away. Solomon agrees, but says that it will take time. Maeve speaks with Dolores using her abilities, saying that the two need to talk. Despite pleas from Dolores that the two are not enemies, Maeve refuses to accept this because Dolores murdered Hector and says that Dolores’ existence threatens her daughter.

Caleb asks Solomon about Francis' true fate, revealing that Whitman had warned Caleb that RICO would likely tell Francis to kill Caleb, and so Caleb had killed Francis first. As Maeve gains the advantage on Dolores, Solomon provides Caleb a data device along with instructions to kill Serac. Dolores makes it inside the Solomon facility and activates an EMP that disables Solomon, Maeve, and herself.

Caleb looks at the fallen Dolores and hears a voice ready to give him instructions.

This gallery is automatically generated and contains images in the category "Images from Passed Pawn". Images added to that category turn up in the gallery after a short time. 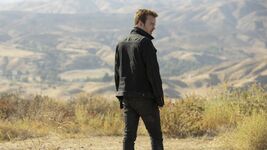 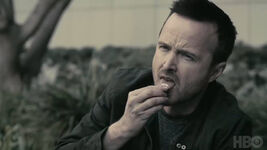 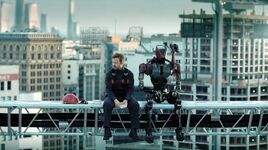 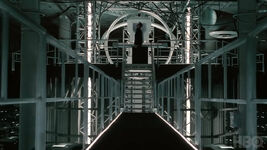 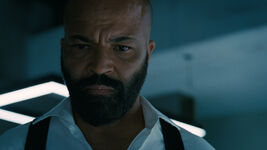 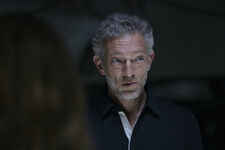 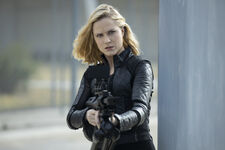 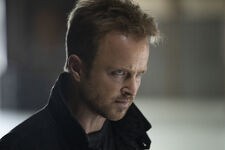 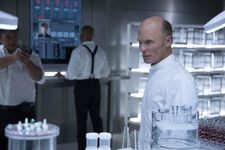 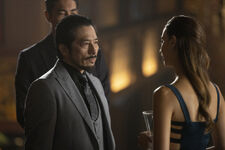 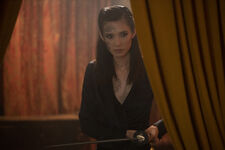 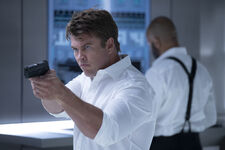 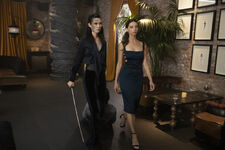 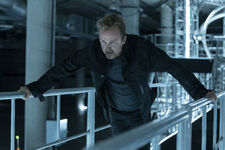 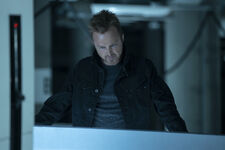 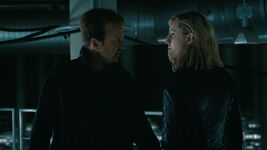 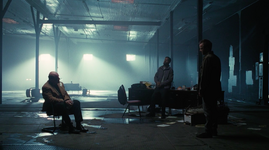 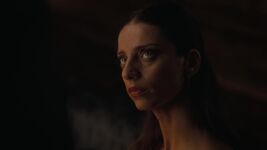 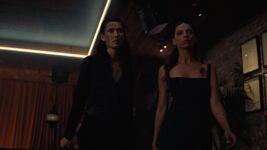 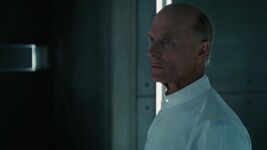 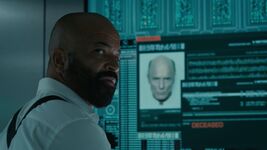 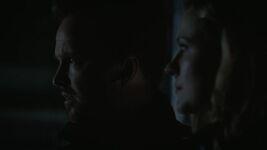 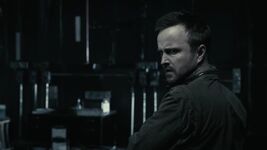 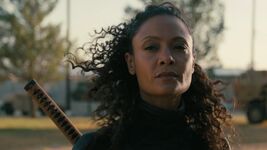 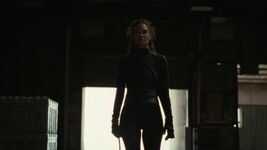 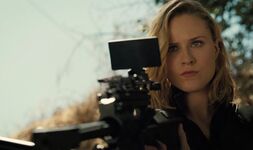 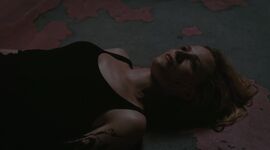