Peter Martin is the main protagonist of the 1973 film Westworld. He is portrayed by Richard Benjamin.

Peter is a lawyer from Chicago and a first time visitor to Delos. He went through a divorce six months prior to the events of the film with his ex-wife Julie. Peter also mentions that he has children.

Peter Martin and a friend, John Blane, a return visitor, are taken by hovercraft to Delos' resort in the middle of the desert. When Peter first arrives at the hotel in Westworld, he is disappointed by the hotel's rather barren looks. The two then head to the local saloon, where Peter reluctantly orders a whisky shot. While drinking, The Gunslinger enters the saloon and intentionally bumps into Peter, causing Peter to spill his shot. John goads Peter into confronting the Gunslinger. Peter insults the Gunslinger, telling the Gunslinger that he "talks too much." Peter and the Gunslinger proceed to duel, which ends in Peter shooting the Gunslinger.

Back at the hotel, Peter wonders how guests don't harm each other with guns. John challenges Peter to shoot him, but when Peter does so, his pistol fails to discharge. John explains that the pistols have heat-sensitive trackers. Androids have a low body temperature, but the pistols do not fire if they detect a certain heat range, in which case they will not activate near the high body temperatures humans are known for. Peter remarks that Delos thought of everything. Later that night, Peter and John hook up with a couple of prostitutes.

The next day, coming back from a bath, Peter hears John being held up in the hotel room. Peter kicks down the door and shoots the Gunslinger out of their bedroom window, prompting the sheriff of Westworld to arrest Peter for murder. In prison, an Apache girl brings Peter some explosives that John hid inside some food. Peter escapes prison using the explosives and escape with John to the desert on horseback. After a rattlesnake bites and injures John, Peter helps John kill the rattlesnake. Peter then tries to calm John down, saying that the snakebite is probably part of the Delos experience.

Later that night, John and Peter engage in a raucous bar brawl. The two wake up late the next morning unaware of the park's breakdown. While walking on Westworld's empty street, the Gunslinger once again challenges the two to a duel. With Peter reluctant to duel again, John decides to duel the Gunslinger instead. The Gunslinger outdraws and shoots John, mortally wounding him. Realizing the seriousness of the situation, Peter proceeds to run away from the Gunslinger, fleeing on horseback.

In a canyon, Peter tries to get the drop on the Gunslinger using his gun, but The Gunslinger, who could hear him breathing, manages to foil the surprise attack, causing Peter to ditch his gun and run. Peter comes across a Delos technician, who suggests that acid could be used against the Gunslinger. Before the Technician can tell him more, The Gunslinger kills the technician and chases Peter into Roman World. Peter finds a sewer that leads him to Delos' underground tunnels. While in the tunnels, Peter sees that everyone in Delos' control room is dead. After running some more, Peter then arrives at the robot repair room, where he hides among the deactivated robots. When the Gunslinger arrives in the room, Peter surprises Gunslinger by throwing acid into the robot's face, messing up the Gunslinger's vision. Peter then leads the Gunslinger to Medieval World, where he uses the torches to burn the Gunslinger.

After burning the Gunslinger, Peter heads down into the dungeons, where he sees an imprisoned women. Peter then gives the prisoner some water and the prisoner proceeds to spark and smoke, revealing that the prisoner was an android. As Peter proceeds to step away from the prisoner, the Gunslinger suddenly appears, reaching out to Peter with a charred arm before it gives out and collapses exploding in sparks. In a state of near-exhaustion and shock, Peter sits on the dungeon steps as he thinks about Delos' slogan: "Boy, have we got a vacation for you!"

The gallery below is automatically generated and contains images in the category "Images of Peter Martin". Images added to that category turn up in the gallery after a short time. 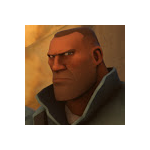 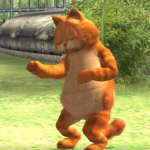