This section was compiled before the Season was released. Some readers might find it interesting to see how details emerged, and how many were accurate - so the section will be left here as it is for the moment. 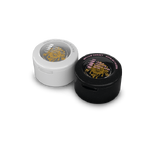 This gallery is generated automatically from the Categories "Images from Season Three" and "Images from Behind the Scenes". Images that are in both of these two categories appear in the gallery after a short time.