"Passed Pawn", the penultimate episode of Westworld's third season, brought truths to the forefront in a big way while providing some context for Dolores' choice to tackle Serac and Rehoboam, as adversaries both near and far began making moves against her.

Picking up from where "Genre" left off, Dolores and Caleb travelled to Sonora, Mexico, horse riding through pastures resemblant of those in Westworld, with even Dolores herself referring to the place as the Wild West and equating it to the park. Caleb, now fully aware of her being a Host (as he saw her being shot in the torso without flinching) has connected the dots between that and the massacre at the parks, but Dolores does not mind; she is more focused on the goal of finding a place for her kind. They continued until they reached facilities of importance for Dolores, having found their way there thanks to the information they were able to track from William's blood. It’s not actually him they were looking for – he had been in the mental health hospital in San Francisco all along – but something else entirely. 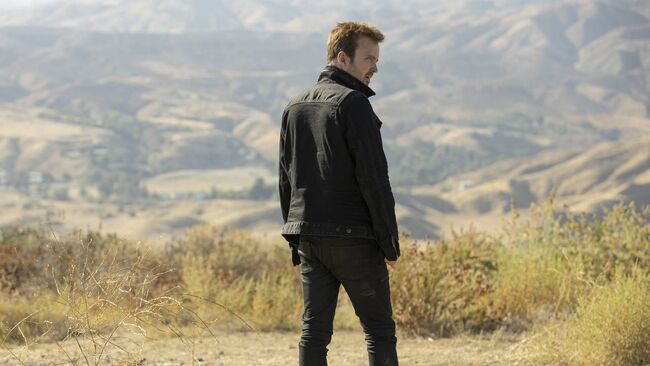 Dolores took down all the guards that were patrolling the facilities and wandered inside with Caleb, who experienced some déjà vu, indicating a deeper connection with the place. As it turned out, these were the same facilities seen in Serac's log entry from "Genre" in which reconditioning therapy experiments were taking place to correct the behavior of outlier individuals that posed a threat to Serac and Rehoboam’s new world order.

Serac’s brother, Jean Mi, was preserved in stasis in a huge room along with what seemed to be thousands of others, which Dolores compared to how decommissioned Hosts were held in Westworld. However, one of the biggest reveals of their visit was that another artificial intelligence called Solomon was created before Rehoboam, which was discarded due to developing some anomalies. The AI spoke to them – using the voice of Jean Mi – and Dolores, already acquainted with it, explained to Caleb that Jean Mi’s schizophrenia "rubbed off" on Solomon. We can assume that Rehoboam and Solomon are similar in the way they function, but Solomon became an actual outlier; Rehoboam, in turn, does not divert from Serac's intentions.

This reveal also helped explain the reason why Dolores has been so dedicated to the fight against Serac and Rehoboam, as opposed to waging a more general and direct war against humanity. She has had prior contact with Solomon, and may know that predictions suggest that she is not the catalyst of humanity’s destruction: it's actually Caleb. But for that to work, we had to become aware of the truth behind the dark, suppressed memories that have been plaguing Caleb. 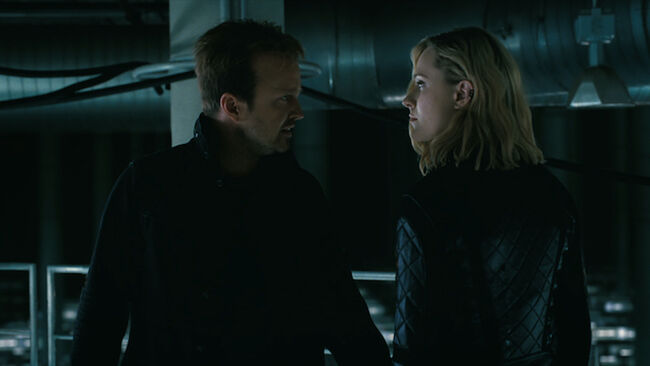 Big part of the episode focused on outlining in detail what happened in Caleb’s past, including the reasons why his life was the way it was when we first met him. The version of events previously shown to the audience was that he had been deployed as a soldier in Crimea alongside Francis, a friend who died during the mission, which seemed to have had a toll on Caleb’s mental state afterwards. Caleb started recollecting more details about what happened, and believed Francis died in an attack while they were about to transport a prisoner, the supposed leader of the insurgent group Caleb’s unit was up against.

Part of these events were true, which is possibly what helped solidify the false memories in Caleb’s mind. He did get sent on a mission in Crimea, and was the victim of an attack in which a fellow soldier of his unit was killed, though this was not Francis. Caleb was discharged and flagged as an outlier by Serac’s predictions; he was taken into the Sonora facilities to undergo the alternate reality reconditioning therapy. According to Solomon, he was among the first humans experimented on, and everything went well despite the dismal odds of success, considered to be of 1/10. 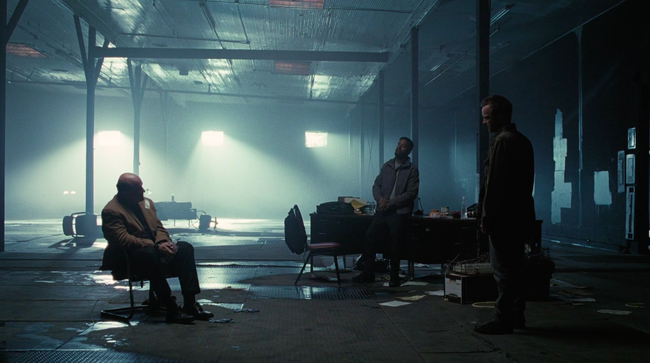 The crucial fact that was erased from Caleb’s memory was the active role he had in the continuation of these experiments. He was highly trained as part of his reconditioning, and sent to intercept other outlier individuals for these to have their minds altered in the same fashion. Caleb snatched a considerable number of subjects, and this is where Francis came in: he was his partner during the process. Both were practically brainwashed, having alternate versions of events in their minds that they firmly believed to be the truth tethered to them due to the limbic pharmaceuticals they consumed on a regular basis. Even the Rico criminal app was part of the charade, signalling targets for Caleb and Francis to intercept.

Whitman, the man Caleb thought he had held as prisoner in Crimea was in reality kidnapped by them in broad daylight in Los Angeles, selected as a target after becoming a noteworthy outlier, as he represented the pharmaceutical company behind the limbics. Going against what was expected of him, Caleb listened to what he had to say, which made him glimpse at the reality of the situation.

Ultimately, it was Caleb who killed Francis. As Whitman pointed out, it was common for the parties responsible to pit partners against one another to tie up loose ends, and they would appear more rewarding to those that stood to lose more – earlier in the episode, Francis mentioned having a son. He betrayed Caleb when offered enough money, and was about to shoot, but Caleb killed him in self-defense. He also killed Whitman in a fit of rage when he continued speaking just after the death, and was shown to contemplate suicide at the pier as a result of all that happened. 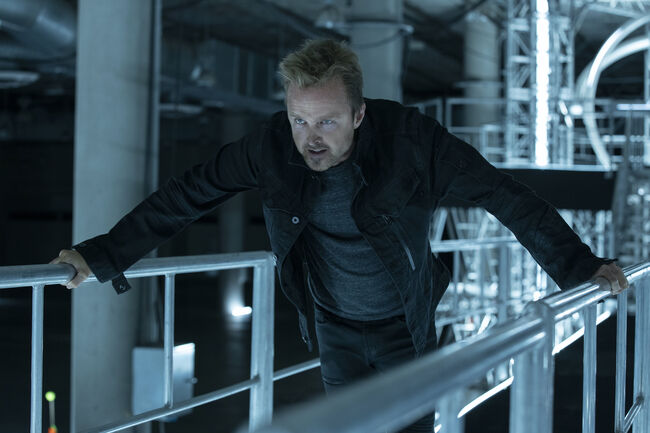 Dolores' foes, and what's next

Beyond the revelations and conversations with Solomon, some of the other characters had a more secondary role this week, though there were still relevant actions that should have an effect on what happens next.

Halores is no longer a believer in Dolores’ mission. Not only that, but she has taken an active role in opposing it, going against the Musashi copy of Dolores. She expressed her intentions via a phone call, sending two surprising allies to fight him instead: Clementine and Hanaryo. Clementine eliminated the men, while Hanaryo got to give Sato the finishing blow after telling him "Musashi was a great man," whose image he "desecrated." Halores is on a path of vengeance, and showing that she can bring back Hosts to help her, which expands even more the possibilities for returning Hosts in the future.

Bernard and Stubbs investigated the reconditioning therapy experiments while rescuing William, checking information about Caleb as an outlier and realizing he has a large role to play in what happens next. Rescued by them or not, William is not interested in allying himself with Hosts that easily, and he mentioned how his objective as a “good man” is going to be to eliminate every single Host that exists, including Bernard and Stubbs, as a way of seeking redemption for his own role in their creation. He told the pair they should kill him before they could regret it, yet Bernard believes there is a chance he may be valuable to them. It may not be long until that regret manifests itself, as William already found a shotgun and pointed it at them. 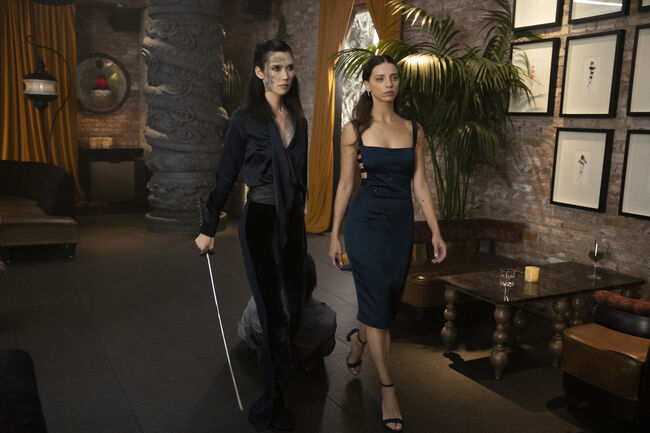 Meanwhile, Maeve had a chance for a rematch, fighting against the real Dolores this time. In the brutal confrontation, each attempted to gain an advantage over the other by hacking and controlling high caliber weapons from afar. Maeve all but won as she blew up Dolores’ left arm, and was about to finish her when Dolores used the EMP that had been prepared as a failsafe to keep Solomon trapped.

The distraught Caleb demanded that Solomon tell him what he should do, and gained access to a device that put him in direct communication with the AI. As Dolores and Maeve were shut down, Caleb strolled out, about to receive new instructions by Solomon. Whether it is true that he is the one that shall bring about the downfall of humanity, and not Dolores herself, could be prominent in next week’s season finale, which may intertwine the paths all characters and their factions have taken, with unexpected results.