After a long wait, the third season of Westworld finally kicked off, with an episode that provided great detail into what life is like outside of the parks that have dominated the story so far, showed what some of the main characters are up to, and introduced a number of new faces.

This recap and analysis for the first episode, "Parce Domine", should help us bring ourselves back online and into the new world.

A glimpse at a wealthy executive’s life in the introduction of the episode is an ideal window for us to be able to appreciate the type of technology that is available in the year 2058. There is an interesting combination of elements that already exist in our world (the smart home), with others that are in a more advanced state, such as conference calls that can display a person holographically. Robots assist with the heavy lifting and dangerous tasks at a construction site, and although there are no flying cars, drone-like flying carriers are used by the rich. 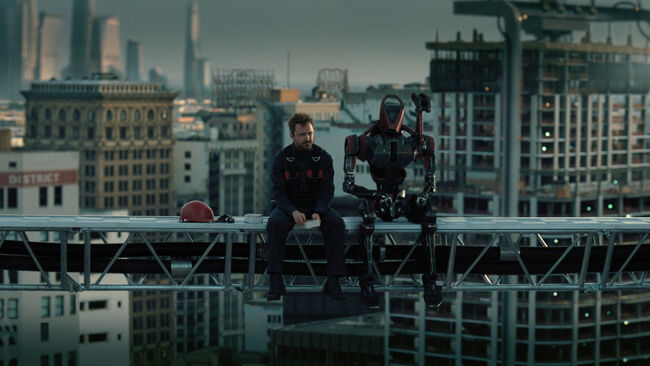 Rather than creating a future completely focused on aspects of science fiction, Westworld focuses more on adapting technology already in existence in our present into a world refined and automated, while showing the distance between social classes: those in high society enjoy extreme levels of luxury, while others struggle to move up the work ladder regardless of their capabilities. One-percenter executives also consult a system that uses predictive algorithms to make decisions, which may play a larger role in the story of this season.

Meanwhile, the criminal underworld has also benefited from technology. The app Rico works just like a delivery app, but with a dark web feel to it, connecting individuals and giving them access to various available crimes based on a points system. People from all walks of life can make use of Rico: from those desperate to earn money, to the rich and powerful, willing to pay to make a problem disappear.

Dolores on a Mission

When first seeing the real world in the second season, Dolores (Evan Rachel Wood) was dazzled by it, asking “have you ever seen anything so full of splendor?” Now, this world is her reality, and she is determined to conquer it. Dolores understands life in the world and has fully adapted to it, not only using access to technology as an advantage to further her goal, but also being able to place herself within high society, dating Liam (John Gallagher, Jr.) in order to find out information about the predictive system. 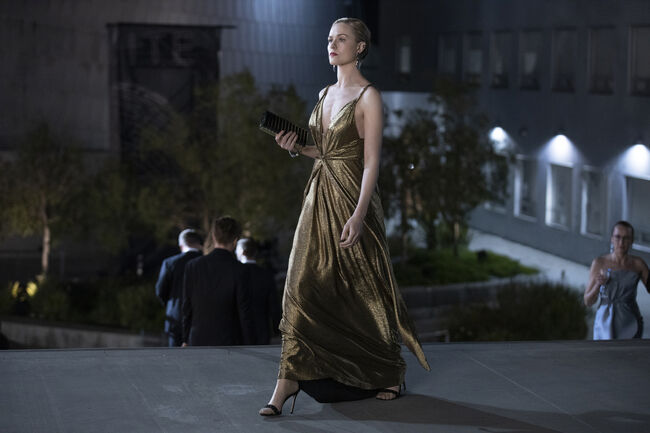 While Dolores is still someone to be reckoned with, her plans are more meticulous, showing a deeper level of reflection than ever before. Reading the data collected by Delos in the Forge provided her with near-complete awareness of humanity and their behavior. In one of her scenes, she makes a description of minute details about how the human brain works and has an effect on belief systems. Research on her enemies is a weapon she is able to employ against multiple characters in the episode as she frightens Gerry (Thomas Kretschmann), sways Liam, and replaces Liam’s fixer, Martin (Tommy Flanagan), with another Host.

Working alongside Dolores is Charlotte Hale (Tessa Thompson), or rather, the Host that replaced her and is continuing to act as interim CTO on Delos’ board of executives. By publicly blaming Bernard (Jeffrey Wright) for the massacre that took place in Westworld, the Hale copy remains in a position that is very likely to contribute to what Dolores has in store for the humans.

New cast member Aaron Paul stars as Caleb Nichols, a character who finds itself in the spotlight for most of the episode. The way Caleb is introduced to the audience has several parallels with Dolores’ introduction in the beginning of the series: from the exact same shot of waking up, to the fact that their days are a repetition of the same tasks with few variations. He works in construction, where he is partnered with a robot called George; he visits his mother, who has an unknown disease and is staying on a medical facility; at night, he uses the Rico app, first partnering with Ash (Lena Waithe) and Giggles (Marshawn Lynch) for a robbery, and later, going by himself towards dubious activities. 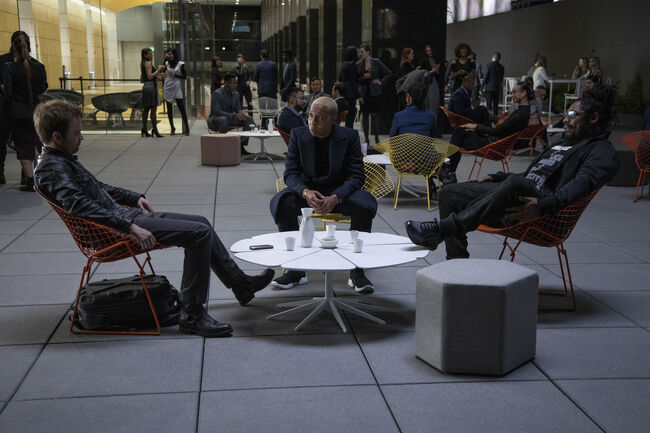 Given that Caleb has a backstory that governs his thoughts and actions, and Westworld's history of playing with the audience’s uncertainty of whether characters are humans or Hosts, it is natural to start theorizing whether he could be a Host or not. There are enough similarities that it would make sense for the character to be revealed as a Host later, but at the moment, the story indicates more of a commentary on how in this world, being human does not necessarily mean an individual has control, or is free from the loops of daily life.

What makes Caleb unique, and perhaps separates him from comparison to other Hosts, is his dialogue with Francis (Scott Mescudi). Flashbacks to his time in an armed conflict with Francis are edited in a similar fashion to the memories Bernard had of his son, or those that Maeve had of her daughter in previous seasons; unlike them, however, Caleb tries to tackle the pain by communicating with a fake version of Francis, which is possible thanks to a service related with his psychiatric treatment. When this does not work, he chooses to unsubscribe, wanting to “find something real” when he runs into… Dolores.

While the other characters are presented to us within the context of the futuristic world they are living in, there is a marked contrast when Bernard’s surroundings in his first scene of the season: surrounded by greenery, he approaches a real, wounded animal, and for a moment there is almost a sense that this a more “pure” side of the episode compared to what came before. 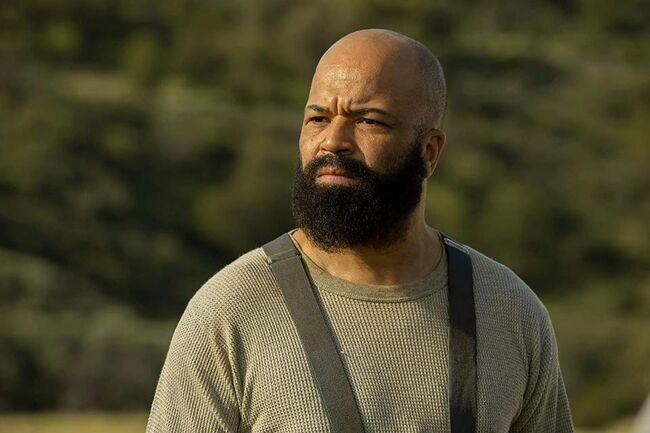 Bald and with a longer beard, Bernard is living under a false identity. By day, he works as a butcher in an animal farm; by night, he is shown to be placing himself under analysis, using a device to be able to switch between his conscious self and the one in which he is reduced to a traditional Host, just as he was when being controlled by Ford in the first season.

Although he has seemingly taken the reins and understands his own existence better, Bernard’s mind being in turmoil has become a constant in Westworld. When conscious Bernard asks the other if he would ever lie to him, a few seconds pass before he answers in the negative. Later, when two of his coworkers confront him, having realized that he is a wanted man, Bernard uses his device so that his emotionless self can protect him, asking him not to not “hurt them too badly.” As the conscious Bernard loses awareness of what happens while the other takes over, it is safe to say this is a “Bruce Banner and Hulk” type of situation.

"Parce Domine" sets the scene for what is next for the characters, and changes the status quo of the show dramatically enough that it almost stands as the pilot for a whole new show. An injured Dolores finds her way into the arms of Caleb following a gunfight, which is certain to break him out of his routine. Bernard, having been identified, flees his hiding place and sets sail back to Westworld to find allies to help him deal with Dolores.

William was absent from this episode, but a post-credits scene included Maeve, who is very much alive. She awakens to discover wounded individuals speaking German in the adjacent room, with signs that she was beating them for information. She is in the middle of a World War II-based theme park called Warworld, of which we should learn more in upcoming weeks.