It took four episodes into the third season for William to reappear, but he is finally back, and more confused than ever. In this week’s Westworld, we were able to get an idea of his current state of mind, while seeing other characters start to take measures to accomplish their respective goals.

Some Delusions Are Real

Despite the fact that the season two finale after-credits scene showed a future, Host version of William being tested for fidelity, the William we follow in "The Mother of Exiles" appears to be the human following his extraction from the park. (Remember: he was unconscious and with an injured hand next to the body of his dead daughter, whom he killed shortly before.)

This is not immediately clear, however, and things are presented in a jumbled manner, with William surrounded by shards of glass and destruction in his home, tormented by visions of his deceased daughter, and finding himself as the subject in the memory from his wife’s suicide. His mind is in disarray, but there is a return to normalcy when the Host pretending to be Charlotte Hale visits him to talk about Engerraund Serac’s takeover of Delos. Wearing, of course, an all-black suit that included a black glove for his injured hand, William gets ready to fly out in order to protect his company. 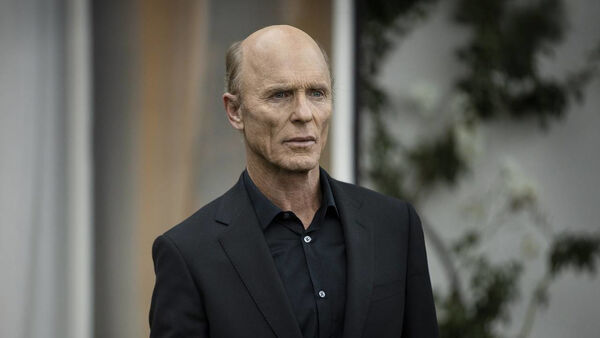 Reality comes knocking when the Hale Host starts taunting him: it is revealed that she, as well as other Hosts, are copies of Dolores. Not only that, but the location where William is turns out to be a private mental health hospital. He attacks Dolores, furious, yet powerless, unable to stop her or convey to others the true nature of “Hale”. His loss of control allows Dolores to have him declared as “incompetent,” which in turn grants her voting permissions at the board of Delos.

When shown in the real place where he is confined, William wears all-white patient clothing that contrasts directly with his usual color of choice. He has a vision of Dolores wearing her blue “farmer’s daughter” outfit. After going through strenuous moments of suffering and confusion about his own personality and the reality of his situation, William seems to come to terms with things, declaring “I am me.” The vision of Dolores disappears, leaving him alone in a moment that mirrors how Dolores became aware of her consciousness in the season one finale.

Although Serac and Maeve’s relationship was off to a rocky start in “The Winter Line,” it saw a considerable improvement this week as Serac took the time to outline his intentions and the reasons why Maeve should work for him. He did so by taking her into an elegant restaurant in Singapore – which Maeve initially mistook for a simulation – and, eventually, into Arnold’s home, also known as Dolores’ former base of operations, where they got answers out of a man who had been in contact with Dolores during her pursuit of new identities.


Serac shows little regard for humanity; as a child, he witnessed the destruction of Paris, where he used to live with his brother. What drives him is his pursuit of knowledge of the human mind, which in turn would make possible his attempts to predict the future of the world and mold it. Claiming not to view all Hosts as a threat, he offers Maeve a bright future: should she help defeat Dolores, she would gain access to the Valley Beyond, where she could be reunited with her daughter. As we learned in the previous episode, there is a key hidden in Dolores’ mind – this key can reopen the path towards the Valley Beyond, while also giving Serac the guest data from the parks that he needs.

Maeve has proven more than once how she is willing to do anything for her daughter. It does not come as a surprise that she joins Serac; as a matter of fact, she immediately goes after the individual known as the Mortician, someone who helped Dolores previously, and eventually runs into another big surprise. Hiroyuki Sanada returns to Westworld as the Host Musashi, last seen by Maeve in Shōgunworld. Only, this is not the same man who chose to stay behind with Akane. Like Charlotte, this is a copy of Dolores, and one that faces off against Maeve much sooner than expected. As Musashi, Dolores gains the upper hand and defeats Maeve, leaving her bleeding out on the floor.

Caleb, now an ally of Dolores, helps her carry out her plans in a big way by assisting in a deception through which they are able to acquire all the funds in Liam Dempsey Jr.’s bank account, a process that required Caleb to receive a biometric implant in his blood. Meanwhile, Bernard and Stubbs set their sights on Liam as well, knowing he is an important figure for Dolores’ mission; they make the wrong assumption Liam has been intercepted and copied into a Host, with Bernard tweaking his switch device to be able to freeze other Hosts. 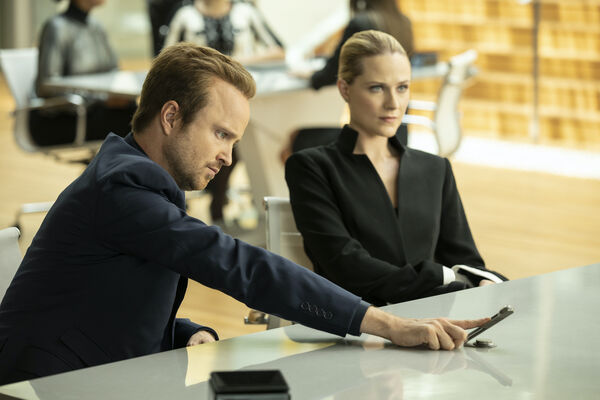 They converge in the exclusive, elite masquerade ball attended by Liam. As Bernard and Stubbs try to intercept him, they find that he is still a human, with the confusion slowing their plans enough for Dolores to appear and confront them. While Dolores fights Stubbs and eventually drops him into another floor, Bernard makes the same discovery as William and Maeve outside: among Dolores’ allies are other copies of herself pretending to be humans, one of which is passing as bodyguard and fixer Martin Connells.

While it is unknown what Dolores’ goal is for the copies she has created of herself beyond their assistance in her current plans, their existence made it possible for her to manipulate William, stop Bernard and Maeve in their tracks, and further her own objectives in a single episode, solidifying herself even more as a force to be reckoned with. 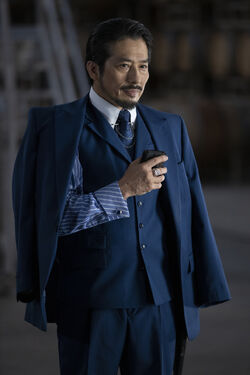