"Decoherence", this week’s Westworld episode, left Dolores and Caleb aside while continuing to show how the diffusion of Rehoboam’s profiles and predictions altered people’s lives dramatically.

While humanity started to go crazy upon discovering their projected futures, William confronted his past to achieve a semblance of sanity. The Hale Host attempted to protect Dolores’ plan after Serac’s takeover of Delos, and Maeve had a chance to speak with Dolores in a simulation.

A World in Chaos

In "Genre", we saw how Dolores, with help from her Martin Connells copy, was able to obtain Rehoboam’s human profiles and share them with humanity in order to destabilize Serac’s hold over the future. Their awareness of the type of data being collected about them led to riots and, as shown this week, the utter destruction of lives. 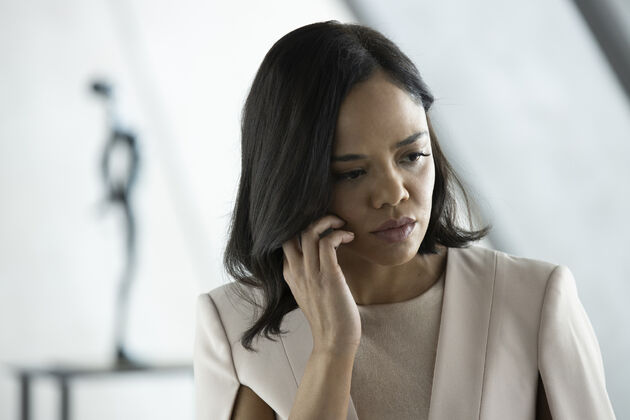 From the point of view of the Hale Host – who, incidentally, is referred to as "Halores" by members of the production, including Lisa Joy – we could see how the streets of San Francisco have the same level of unruliness Los Angeles was beginning to have in "Genre", and while Serac appeared distraught by the developments before, he was quick to adapt to the situation and even use it in his favour, disposing of a Delos board member seamlessly in broad daylight to ensure nothing could prevent his takeover bid from happening.

Even William, who is in a private mental health hospital, is not exempt from witnessing the dire state of the world, with his own therapist suddenly committing suicide after her family falls apart. The employees at the hospital gradually stop working and leave the place. All the darkness makes it easy to wonder if continued ignorance would have been a more blissful scenario, but that does not change the fact that the truth is out, and everywhere.

To preface this with a reminder that Halores is, in fact, a copy of Dolores, feels necessary given how easy it can be to forget about it: at first glance, it’s almost as if she is not working with Dolores as she cares for her son, Nathan; shows worries about him and Jake; and admits to being afraid, even wanting the emotional part of her programming shut down.

Serac’s takeover is happening, and a call in which Dolores provides her with new instructions is enough to spring Halores into action. As soon as Serac arrives at Delos’ headquarters, he wastes no time at all, prioritizing his goal of finding the encryption key he needs to gain access to the guest data collected by Delos. He claims this is all he cares about and everything else can burn, including the Host making data Dolores is keen about preserving. 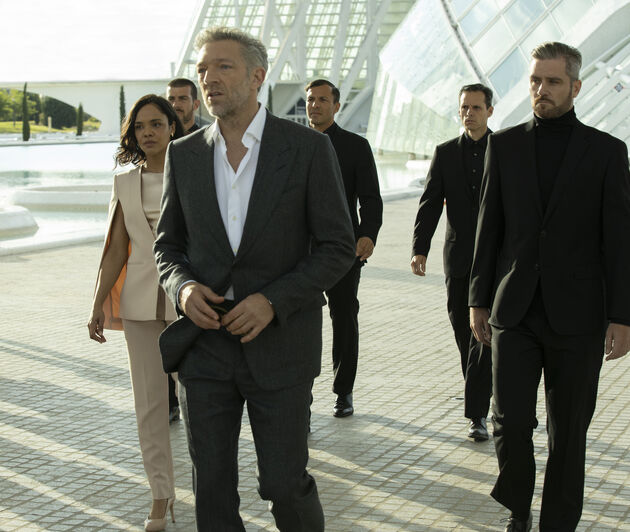 Halores makes the effort to create a backup of the data and is caught by a Delos employee, but eliminates him before he can talk. What causes her facade to drop comes later, and is more subtle: Serac becomes aware that Halores has reached out to her son, which he says is something the real Hale would never have done at a time in which she would have total focus on the company. This is a fact that could be disputed, as the real Hale did leave a message for her son in "The Absence of Field", even if it was a result of desperation, but regardless, it’s enough to make Serac suspicious, as he is well aware that one of the employees must be a Host loyal to Dolores.

Once Serac confronts Halores with his discovery, she defends herself by releasing poison gas to stun everyone present in the boardroom, but Serac had been using a holographic projection to address the others from the safety of another location in the building.

At the same time as events unfold in the real world, Maeve is back in a simulation following her “death” at the hands of Musashi. There's a brief exchange between her and Serac in a setting that emulates the Valley Beyond, where she envisions the memory of walking along fields with her daughter. Serac indicates that this is still very much a possibility for Maeve’s future, but also makes a threat, warning her to not fail him again. 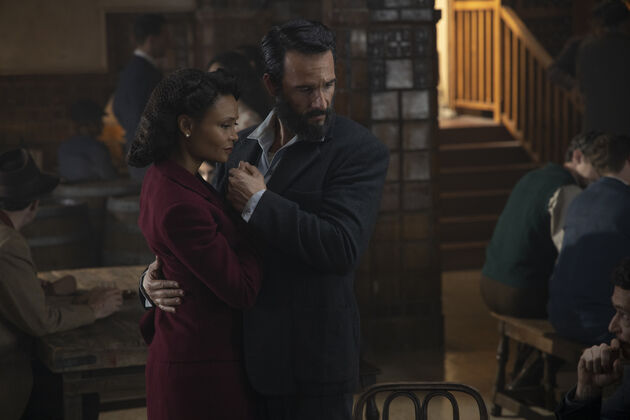 Maeve then appears back in the Warworld simulation, fights an insane number of Nazi soldiers and is reunited with the simulated Lee Sizemore, who remembers the nature of where they are, and all that took place in "The Winter Line". Maeve is there to recruit help so she can balance the fight against Dolores, as she cannot face her and all her copies on her own. To that end, she chooses Hector, giving him his memories back in an instant for him to be aware of who he really is.

Being in the simulated environment presents Maeve with a unique opportunity to speak with Dolores; or rather, the Dolores data within the pearl of the Martin Connells Host, salvaged from the explosion he caused in the previous episode. In this heart to heart that is aptly located in Ford's basement facility, both have a conversation about their respective missions and motivations, how these can be explained, and how they are more alike than their thought.

The dilemma of free will has always been part of Westworld's cornerstone, and here it stands out once more. Despite gaining power, knowledge and the ability of choosing their own path, these two characters can see themselves headed towards a deadly battle and now come to terms with how unavoidable it is. 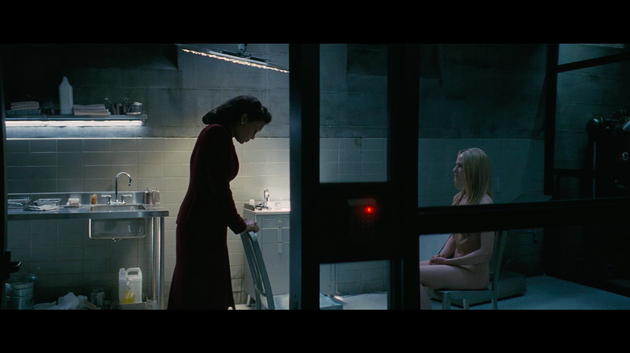 William's ordeal at the mental health hospital begins with his outburst in the middle of a support group session with other patients, a rant in which he exposes his bleak views on the purpose of humans in the world, describing them “maggots eating a corpse.” However, it is as everything starts to crumble around him when William seems to have found some clarity, being aware of where he is and what is happening to him, even if he cannot do anything about it.

To help him deal with his trauma, he is put in a path of introspection through an Alternate Reality therapy, with him receiving the same implant in the roof of his mouth that other characters had, such as Caleb. William finds himself in a circle much like his earlier support group, but with multiple versions of himself throughout his life: a teenage William; an adult William, as portrayed by Jimmi Simpson; an older William dressed nicely in a suit and tie (from outside the park); and another older William, but with his Man in Black cowboy attire (inside the park). 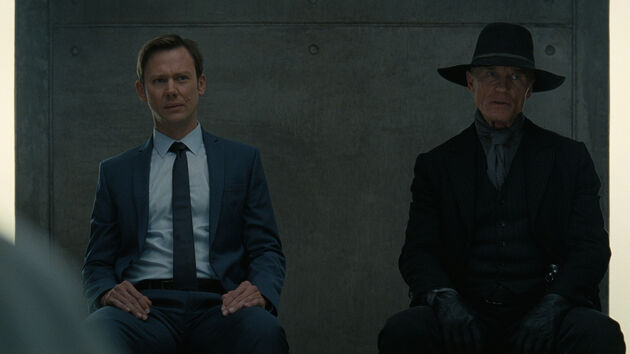 The group also includes James Delos, acting as a sort of father figure and providing commentary that would ultimately be the catalyst for William to ask himself the right question: is he just "a passenger," guided by everything he did during his life, starting from the moment he defended himself as a teenager and injured a bully? As Delos puts it, is William a prisoner of his own sins?

The answer is that all these past versions of William are informative of who he has become, and what led to the situation in which he presently finds himself in. But now, he knows that a departure from who he used to be is a choice he is free to make. Within the Alternate Reality, he does this by violently fighting his past selves. In the real world, he is found by Bernard and Stubbs once the facility has become empty, and claims to be “a good guy.”

Halores engages in shootouts with security guards as she heads towards the Delos facilities where the damaged Martin Connells pearl is. She enters the room, and Maeve can detect (and visualize) her presence from inside her simulation, knowing it is dangerous for her as her own pearl is also located in the same room.

However, Halores grabs Hector’s pearl instead and crushes it with her hand. It seems to be a destruction beyond repair, with Hector dying in the simulation, and Maeve reacting with a visceral shout that overcharges the systems in the room. It is after Halores leaves that Maeve’s body is recreated in the real world, with her being transferred out of the simulation. Another Host body is created alongside Maeve’s, whose identity is never shown. 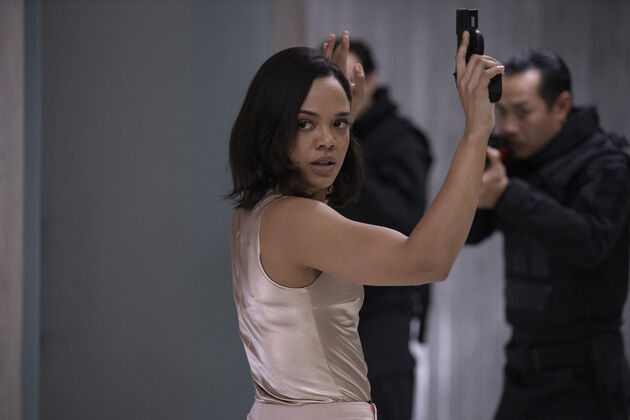 Halores runs out of Delos amid more gunfights, being helped by a giant Riot Control Mech, the same model she approached to have a look at during "The Absence of Field", which she is able to summon as protection. She later reunites with Jacob and Nathan and sets out to drive them to a safe location, but one of Serac’s men bombs the vehicle. Halores drags herself out of the destruction and flames and stands up, her skin completely burned off, with eyes filled with fury.

The killing of Hector, Jacob and Nathan indicate how there are bound to be human and Host casualties while Dolores and Serac wage war, but also the death of innocents who get caught in the crossfire, willingly or not. Between this and the current state of the world, the future of Westworld is grim. It remains to be seen if William, Bernard and Stubbs can make enough of a dent to stop the bloodshed.