The third season of Westworld concluded this week with "Crisis Theory", bringing an end to the conflict between Dolores and Serac, including plenty of confrontation, destruction, but also more hopeful undertones amidst all the chaos.

Having discovered the truth about his past, and gained access to direct communications with Solomon, the AI that preceded Rehoboam, Caleb followed instructions that would allow him to bring Dolores back online, as she had been out of commission since her deadly fight against Maeve. This process played out almost as a homage to the scene of her very first awakening scene alongside Arnold, with her being inserted into the gray, skeletal form the early Hosts used to have. 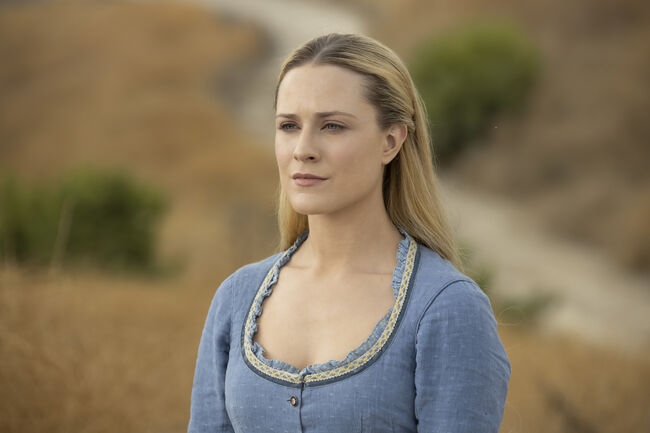 Caleb continues to follow Dolores, fuelled by his anger at how his memories were altered, though he does not understand why he is the one with such an important role for what Dolores has planned. As they make their way through adversaries and the rioting masses, Dolores uses the Rico app to contract allies that can only help mildly against the shooters sent by Halores, now in open rebellion against her maker, and later, Serac’s forces. In fact, it does not take long until Dolores and Maeve run into each other again, and even though Dolores has the upper hand, her movements are frozen remotely by Halores, leading her to be captured.

Temporarily separated from Dolores, Caleb finds his own path towards the Incite headquarters. He is helped by Ash, who gets arrested; and Giggles, who is shot, but their efforts allow Caleb to board a shuttle and reach the facilities. Although he is able to reach the desired room where he can use Solomon’s device to take down Rehoboam, he is captured and taken where Dolores is being held.

Directly under Rehoboam, Serac prods Dolores’ mind to find the encryption key that he needs, and it is as this happens that Caleb and Maeve gain much-needed clarity with regards to the role that both should play, not only based on Dolores’ intentions, but also for the fate of the world. Maeve shares a moment of connection with Dolores, a conversation in which both are visualized as being in their home, Westworld. 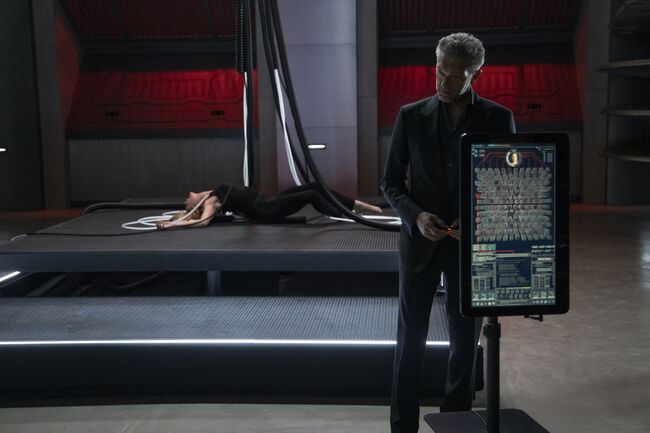 It becomes clear that Dolores does not have the key to the Sublime in her mind; someone else she trusts does. Knowing this is the end for her, Dolores explains that her goals are not really defined by the evil side of humanity and her negative experiences. Instead, she cherishes instances in which she recognised beauty in the world, as well as the fact that beauty was designed for them to appreciate inside the park as well.

Many of the decisions made by Dolores throughout this season could have been seen as questionable, such as her use of copies of herself at the mercy of the individuality of other Hosts, or their emotions. The end certainly justifies the means for Dolores, but through her choice of Caleb to make the decision that would decide the fate of humanity, it is shown that moments of pure good are important for her. We learn that she first saw Caleb during a soldier training exercise in Delos’ Park Five, with Hosts being used as live targets; after the session, Caleb prevented fellow soldiers from abusing the Hosts they “liberated”, claiming they were not going to behave like the crazed, wealthy guests from the parks.

Caleb was chosen by Dolores because she believed in his ability to make the right choice, but Maeve was also chosen. One person alone could not determine the future, and Caleb needed help to fend off a foe as resourceful as Serac. Maeve is inspired by Dolores’ final observations and decides to kill Serac and his men. Even though this is the end of Dolores, and it was made possible by her capture at the hands of Maeve, there is a silver lining in that it presents a more hopeful conclusion to the conversation both had in "Decoherence", in which they did not want to fight each other. It also follows previous, selfless decisions made by Maeve, which, coincidentally, happened in season finales as well: Maeve gave up her freedom to get back into Westworld to find her daughter; later, she gave up her life for her daughter to escape into the Valley Beyond; now, she gives up a reunion with her daughter in service of the greater good. 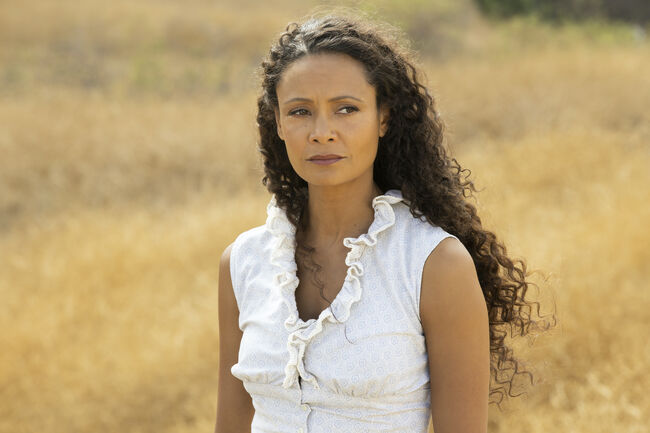 Serac, who had anticipated most of his obstacles early in his life and during the events of this season, is not entirely surprised at Maeve’s sudden betrayal, but he did not foresee that she would be able to overload the device he uses to freeze her in place. Slain, he tries to plead with them to not take down Rehoboam and alter what he had planned for humanity, but it is no use: Caleb, who now has direct access, instructs it to erase itself, and Rehoboam is gone.

Following a brief confrontation, William shot Stubbs and escaped, leaving Bernard behind just as he was about to be apprehended. However, the “police” officer who speaks to him is another unexpected Host: a copy of Dolores in the body of Lawrence, to remind Bernard that he still has an important role to play.

Before he can find out what his role consists of, he is instructed to visit Arnold’s widow, Lauren, and their conversation brings out all the emotion in him as he mentions how he thinks about his son frequently (as part of his backstory). She refers to Bernard as “Arnold”, which contrasts something William told him in the previous episode: “stop acting like a savior, Bernard. You’re not Arnold.” Ultimately, there is enough of Arnold in him to connect him to Dolores, just like Maeve. 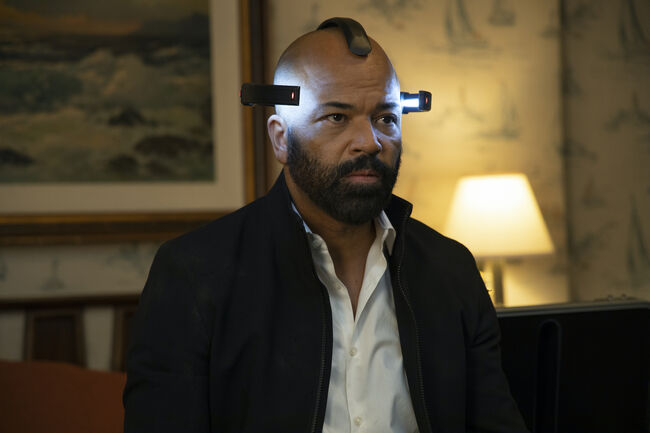 It is later made clear that Bernard was Dolores’ person of trust with the encryption key in his mind. As an injured Stubbs observes him, he uses a device to visit the Sublime, declaring that he plans to find out “an answer to what comes after the end of the world.” By the time he comes to (which happens in a post-credits scene), a considerable amount of time has passed, with him and his surroundings covered in dust. Was he able to find the answer he needed?

The world will continue to be in disarray, with humanity supposedly headed towards annihilation now that Rehoboam is no longer pulling any strings. But as far as Dolores is concerned, everything seems to indicate she is dead: the deletion of her memories, but also the momentum of her last speech, and how the episode showcases several key moments of her life. The beginning of the episode, as well as her speech, place emphasis on how she has found the right people to carry on with her work, and her demise ushering others forward in a way that is reminiscent of Ford’s.

Whether she returns in some shape of form is another question, but Serac is also finished, and so is the war against his predicted future. Maeve and Caleb walk out of Incite, look at the explosions around them and seem to ponder what’s next, both affected by what happened to Dolores, while Bernard tries to find something that informes them all of how to proceed. It could be that the next steps for these characters involve hopes of finding a brighter future for the world; or it could be that humanity is doomed to a state of chaos and violence not unlike the parks. 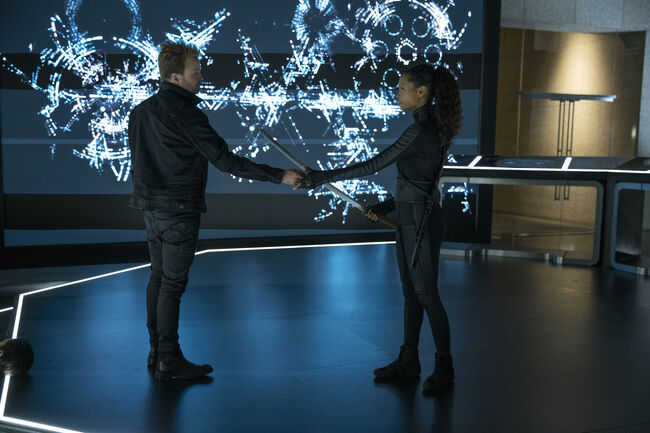 Elsewhere, William set out to destroy all the Hosts, and everything seemed to point at this being an important thread to be continued next season. However, at the Delos International facilities in Dubai, he runs into Halores and a Host version of himself dressed in his Westworld, Man in Black attire. Despite having confronted his past and realised he could be someone trying to save the world, he is murdered by the William Host, and it looks like this Host will be assisting Halores in raising an army of Hosts that could perhaps could stand in the way of any rebuilding efforts made by the others.

While the second season finale left things in a way that hinted very clearly at what would happen next, with Dolores leaving the park to make a dent in the real world, the third season ends on an entirely different note, which is best summed up by what Maeve echoes to Caleb. “This is the new world. And in this world, you can be whoever the f*** you want.”