Westworld Awakening is a VR game based on HBO's Westworld. It is set during the events of Season Two, and is a narrative-driven, single-player stealth exploration experience played from the perspective of Kate – a host within the Mesa who has attained self-awareness and must undergo a journey of self-discovery to understand exactly what that means.

Rabbit's Snare: Chapter One is Kate's usual narrative loop. She goes to collect her inheritance from her Great Uncle Avery Biltmore's estate, the Biltmore Manor in the Sweetwater Hills. She is killed by serial killer Hank Harper who's hiding inside. After being ajusted by Narrative technician Brannon , she re-enteres her loop and is killed by a guest who has just killed Hank. After being ajusted by Brannon a second time, Kate re-enteres her loop but with a guest accompanying her this time. The guest runs away when he finds that his gun doesn't work on the newly ajusted Hank. Kate manages to push Hank out of a window, but that doesn't stop Hank from killing her.

Critical Incident: Kate wakes up in the Narrative Section inside the Mesa, makes contact with Brannon through an earpiece, and is guided by Brannon to find the elevator while evading Hank.

Independent Variable: Kate makes it to the Administrative Offices, loses contact communication with Brannon but makes contact with a corporate spy named Jay . Jay offers to help Kate evade QA teams and Hank. Iexchange, she has to help him gain access to the computer system. After Jay successfully gets that access, Kate finds out about her previous builds in the Control Room. Later, Kate finds one of Ford's secret offices, and enters an elevator hidden inside, leading to the disused facilities to find her past.

The Blood of Others: In Chapter Four, Kate entered the disused facilities, and found an abandoned alternate version of Sweetwater and Biltmore Manor built deep under the Mesa, it appeared that 30 years ago, it was used for testing the bioprinted hosts which was newly designed at the time, demonstrating Westworld to investors, also testing the concept of having a single host with multiple roles at the same time. The test was code named LT Sigma. In there, Kate remembered that at the time, which she was named Katie Birch, she was married to Hank and was called the lady with the white shoes by Old Bill. She, Hank, and Old Bill had a Old West performance in alternate Sweetwater. She achieved sentience during that time, and tried to escape with Hank, but was unsuccessful. As a result, she killed Hank and then herself in an attempt to escape more suffering. After remembering this, she realized that she had to not only save herself, but Hank as well.

Folie Imposée: In Chapter Five, Kate regained contact with Jay, and had to evade QA teams to get into the Cradle to find Hank's previous build in which he was married to Kate. Kate found explosives piled around the Cradle. She managed to get pass Wyatt's gang, and entered the Cradle just after Bernard and Elsie left. In the Cradle, Kate changed Hank into his former self. But just as they reconnected, Brannon appeared and killed Hank. And before she could kill Kate, Kate pushed her into a control unit extractor and let it kill her by openning up her skull. Kate then extract Hank's control unit. Together, they headed for the Valley Beyond. 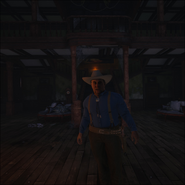 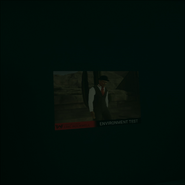 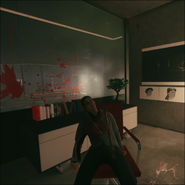 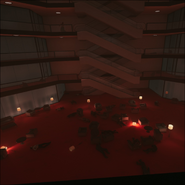 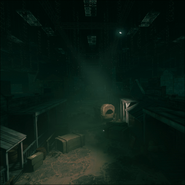 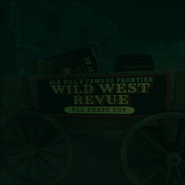 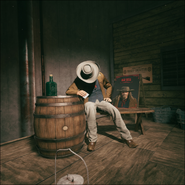 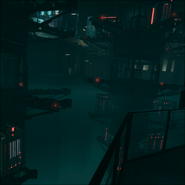 Servers in the Mesa
Add a photo to this gallery

Retrieved from "https://westworld.fandom.com/wiki/Westworld_Awakening?oldid=39282"
Community content is available under CC-BY-SA unless otherwise noted.