The Gunfighter (Beyond Westworld) 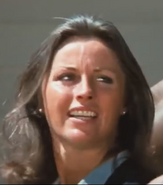 John and Peter impressed by the town