Edit
watch 02:27
'Westworld' Lore: Westworld (Park)
Do you like this video?
Play Sound

Westworld is a park owned by Delos Incorporated and was the first park[1] to be built. Guests pay to immerse themselves in a carefully crafted simulation of the American Wild West. The control center for the park is inside a large mesa. In the episode, "The Original" it is revealed that there were 1,400 guests in the park at that time. Guests begin in the middle of the park and, the further out guests go, the more demanding and difficult the experience. Within the park are villages, towns, homesteads, rivers, farms, ranches, and other points of interest that simulate a region of the 19th century American Southwest. These points of interest are populated by hosts. Hosts are lifelike androids built by the park and used to act out story-lines and narratives. The hosts interact with each other and with the guests as part of their individual narrative loops; although some hosts have been known to stray from their loops. 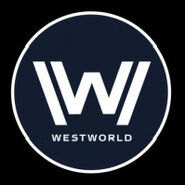 The structure of the core management divisions [3]