What We Know About Westworld Season 3
Great video, stilted but insightful commentary 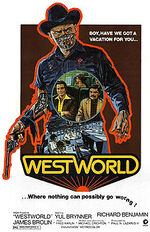